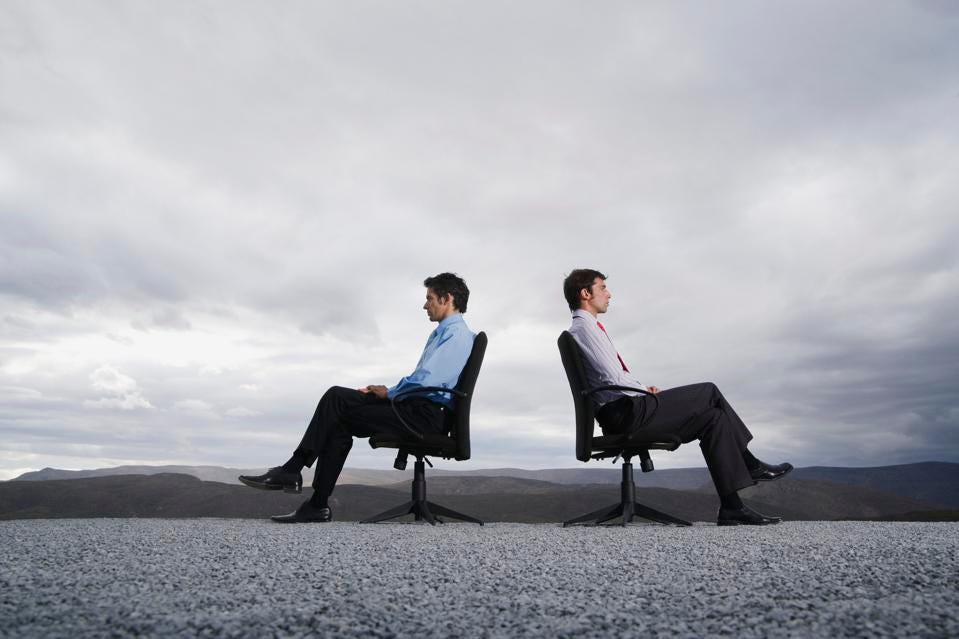 Do you remember the last time you had a huge argument with your kids, parents or colleagues and their perspective was so different that it almost seemed like you were not talking about the same thing?

Do you remember a similar situation with someone from a different country?

Chances are that most people would assume the root causes of the first conflict were personal differences, while they would assign the second one to cultural differences. In reality, the exact same process happened on a cognitive level; they just labeled them differently.

There are thousands of definitions; however, the most practical one is that culture is a group habit driven by values and beliefs. It is a group behavior, a set of mostly unwritten rules created as a response to situations that no longer exist. It is often believed that culture is a group of people who share certain values, beliefs and behaviors, although that statement is more often wrong than it is correct.

We all belong to 15-20 cultural groups at the same time. We cannot choose some of them, such as country of origin, gender or generation, so even if we are significantly different, we get conditioned to conform to the norms. That is why they are a “very poor container of culture,” meaning that trying to predict individual values and beliefs based on those categories is way less accurate than using their horoscope.

If we look at the cultural groups we did choose, such as hobby, company, profession or country of choice, then it is much more likely that we gravitate toward an environment where our personal preferences are much closer to what is “normal” and expected around us.

Plenty of case studies reveal that often 10 engineers from 10 different countries tend to be much more similar on a cognitive level than 10 random people from the same country or generation.

Culture is a group behavior most people conform to; it does not mean that they share any values or beliefs, although it seems like that from the outside.

International knowledge is not cultural intelligence. Even if you talk to someone in your own family, what are the chances that they belong to the same 15-20 cultural groups as you? It is next to zero. Every single conversation is a cross-cultural dialogue and every single team is multicultural, even if it is not international. Maybe the biggest cultural differences are next to you in the office, not on the other side of the globe. It is just less visible at first, as we usually know how to behave “normally” — but under pressure, the illusion of similarity starts crumbling rapidly and the clashes of common senses surface. That is the example I referred to at the beginning of the article.

One of the most visible and often draining issues we run into every day is the mindset gap between introverts and extroverts. It is not a binary choice (where you are one or the other one); it is more like a spectrum on a sliding scale. The bigger the distance is, the more likely it is that people will trigger each other. That is exactly where the potential lies for innovation or disaster, depending on how much they can turn their differences into synergy instead of a painful liability. Interaction gap research has shown that 79% of that potential is lost in a team due to a lack of understanding of themselves and others, although their differences can be the best competitive edge.

According to Susan Cain, author of Quiet: The Power of Introverts in a World That Can’t Stop Talking, “The most fundamental dimension of personality, at least a third of us are introverts, and yet shyness, sensitivity, and seriousness are often seen as a negative.”

The Quietly Confident Mindset approach was developed by Nadège Welsch, a UK-based coach and trainer whose mission is to make the process of synergy between extroverts and introverts as uncomplicated and practical as possible with the least amount of hassle to ensure their success.

There are some techniques and strategies they can immediately apply to better navigate in a world that is mostly catered for extroverts:

• Get to know yourself first to understand your own saboteurs, triggers and underlying values and needs.

• Gradually get out of your comfort zone step by step; there is no need to rush into uncomfortable situations or feel that you are not good enough. You are awesome already. Let others see it, too!

Intercultural differences are interpersonal differences, not international ones. Once we realize that we are all a combination of the same few personality types, but we were conditioned differently, it is much easier to build a common ground instead of widening the gap by pointing out statistically average group differences that most of the time do not even apply on an individual level.

As the Indonesian national motto says: unity in diversity. That is the ultimate goal we should strive for. Although that requires the development of certain skills and mindsets, we can see what happens if we ignore it.

This article written by Csaba Toth was originally published on Forbes.com here.